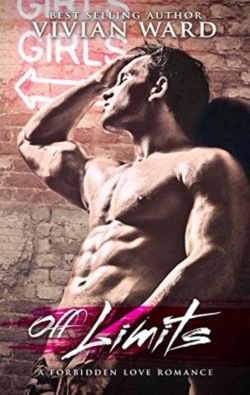 My only rule? Never get involved with the dancers.
I’m in charge at The Pink Pouch, and my rules are simple: keep the girls safe and never sleep with them. Watching sexy, curvy women dance is every man’s dream, and mine’s no different.

But when Melanie walks in, everything that has been forbidden is more desirable now than ever before.

I’ve known her since she was just a girl wearing her seashell bikini top, but she’s traded in seashells for tassled pasties; yet, I’m the one hanging from a string. The more I watch her hips sway around the pole, the more I realize that I’m completely screwed.

* I received a free copy of this book via Booksprout and I am voluntarily posting a review. *

Going to be leaving another short review today because I don’t really have a whole lot to say about this book.

This is a slow burn romance. And by slow burn I mean nothing happened between the two main characters until the very end of the book. The whole book was them dancing around whether or not the other one liked them and if they should do something about it with some added drama elements from other characters.

I have read several of Vivian’s books by now and I have come to kind of expect some hot and heavy scenes from her characters. That was not the case with this book. Like I said nothing happens until the end and then when something did happen it was over so quickly.

I’m not saying that’s necessarily a bad thing. I know there are readers out there who would prefer the romance part be short and sweet but I’m not one of them. At least not when I am reading Vivian’s books. I wanted more of the hot and heavy and less of the sweet.

Also I felt like things worked out a little to well for the main characters. Every time they had a problem it was resolved instantly. I love books with HEA endings but I want them to have to work for that HEA.

Even though I had some issues with this book there are still some things I really enjoyed. This book was a quick read and it was a very cute romance. I thought Melanie’s son was the cutest and I kind of wish he was part of the story a little more because I loved him so much.

In this book Vivian talks about spousal abuse. I love how Melanie was able to recognize things were bad for her and her son and she was able to get them out of that situation. I also love how she slowly worked her way back to relying on herself. She was able to become a strong independent woman despite what she had went through.

One thought on “eARC Review: Off Limits by Vivian Ward”