I recently saw @loisreadsbooks do this post and when I saw it I knew I wanted to do it as well. Thank you for the post inspiration Lois!! I don’t really preorder books very often. I’m pretty sure I’ve preordered less than 10 books since I started blogging 4 years ago. So far this year I have preordered 3 books. So without further delay here are the 3 books I’ve preordered. 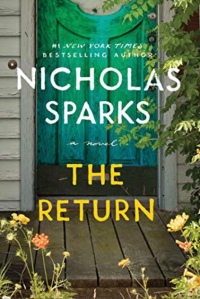 #1 New York Times bestselling author Nicholas Sparks returns with a moving new novel about an injured army doctor and the two women whose secrets will change the course of his life.

Trevor Benson never intended to move back to New Bern, North Carolina. But when a mortar blast outside the hospital where he worked as an orthopedic surgeon sent him home from Afghanistan with devastating injuries, the dilapidated cabin he’d inherited from his grandfather seemed as good a place to regroup as any.

Tending to his grandfather’s beloved bee hives while preparing for a second stint in medical school, Trevor isn’t prepared to fall in love with a local . . . yet, from their very first encounter, Trevor feels a connection with deputy sheriff Natalie Masterson that he can’t ignore. But even as she seems to reciprocate his feelings, she remains frustratingly distant, making Trevor wonder what she’s hiding.

Further complicating his stay in New Bern is the presence of a sullen teenage girl, Callie, who lives in the trailer park down the road. Claiming to be 17, she works at the local sundries store and keeps to herself. Discovering that she was once befriended by his grandfather, Trevor hopes C allie can shed light on the mysterious circumstances of his grandfather’s death, but she offers few clues – until a crisis triggers a race that will uncover the true nature of Callie’s past, one more intertwined with the elderly man’s passing than Trevor could have ever anticipated.

In his quest to unravel Natalie and Callie’s secrets, Trevor will learn the true meaning of love and forgiveness . . . and that in life, to move forward, we must often return to the place where it all began.

If you’ve been following me for any amount of time you know that Nicholas Sparks is my all time favorite author. I own every book he has ever written and have read all but 6 or 7 of them so far. When I saw that he was releasing a new book this year I pretty much immediately preordered it. This is actually 1 out of 2 books that I told my husband I was allowed to get even though I am on a book buying ban this year. The expected publication for this is September 29, 2020

A quest for vengeance that will unleash Hell itself…

And an intoxicating romance.

Emilia and her twin sister Vittoria are streghe – witches who live secretly among humans, avoiding notice and persecution. One night, Vittoria misses dinner service at the family’s renowned Sicilian restaurant. Emilia soon finds the body of her beloved twin…desecrated beyond belief. Devastated, Emilia sets out to find her sister’s killer and to seek vengeance at any cost-even if it means using dark magic that’s been long forbidden.

Then Emilia meets Wrath, one of the Wicked-princes of Hell she has been warned against in tales since she was a child. Wrath claims to be on Emilia’s side, tasked by his master with solving the series of women’s murders on the island. But when it comes to the Wicked, nothing is as it seems…

After reading Kerri Maniscalcos debut series Stalking Jack the Ripper I of course have to read this series as well. I fell in love with the Stalking Jack the Ripper series and I bet I will fall in love with her new series as well. Honestly I will probably read anything and everything this author writes.  The is the 2nd book that I told my husband I was allowed to get despite being on the book buying ban. The expected publication date for this one is October 27, 2020. 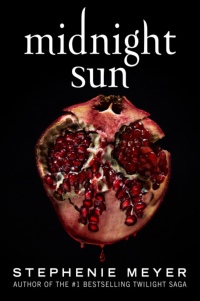 When Edward Cullen and Bella Swan met in Twilight, an iconic love story was born. But until now, fans have heard only Bella’s side of the story. At last, readers can experience Edward’s version in the long-awaited companion novel, Midnight Sun.

This unforgettable tale as told through Edward’s eyes takes on a new and decidedly dark twist. Meeting beautiful, mysterious Bella is both the most intriguing and unnerving event he has experienced in his long life as a vampire. As we learn more fascinating details about Edward’s past and the complexity of his inner thoughts, we understand why this is the defining struggle of his life. How can he let himself fall in love with Bella when he knows that he is endangering her life?

In Midnight Sun, Stephenie Meyer transports us back to a world that has captivated millions of readers and, drawing on the classic myth of Hades and Persephone, brings us an epic novel about the profound pleasures and devastating consequences of immortal love.

When this was announced I knew I would eventually get it but I wasn’t in a rush. Until Beacon Book Box announced their special edition Midnight Sun box and then I had to slightly beg my husband to let me get it. I didn’t know about this books release when I initially started the book buying ban so I couldn’t say I was allowed to get this one but luckily I didn’t have to beg much at all lol. I can’t wait to see what goodies will come in the box with the book. The expected publication date for this one is August 4, 2020.

22 thoughts on “Books I Have on Preorder”